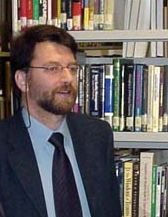 BSC on Economics at Athens University of Economics and Business.PhD in Library and Information Science at the Ionian University/Greece.April 2014 – General Director, National Library of Greece1999 – 2014 Library Director, ex officio member of the Senate of the University of Cyprus, Nicosia.2009 EFQM “Recognised for Excellence in Europe” 3 star accreditation of the UCY Library. 2010- Participation in the Paneuropean project OpenAIRE, Open Access Infrastructure for Research in Europe, electronic infrastructure and support mechanism for identification, repository and access to papers produced from FP7 and ERC financed projects, OpenAIRE plus.1983-1999 Head of the Departments “Libraries Development” and “Databases and Information Market” at the National Hellenic Documentation Centre in Athens, Greece.2003-2008 Coordinator of the project “Development of the Union Catalogue of the Hellenic Academic Libraries” creation of a database with 3.000.000 merged bibliographic records originated from 60 institutions, 5 Library software programmes, 2 MARC formats, 4 character sets.  Development of the Union Catalogue of Cyprus libraries and the National Network of Scientific and Technological Libraries, the Interlibrary loan network in Greece and Cyprus.

Member of the Working Groups: 2006- for the  Infrastructure of the Evaluation Committee of Private Universities in Cyprus.

1988-1995 The “Technical Committee for the Standardisation in Documentation /Information/ Librarianship of the Hellenic Organization for Standardization” ELOT/TC22.

Author of a study on the networking and collaboration of Cyprus Libraries, proposal for establishing the “Libraries Council” for a coordinated libraries policy in Cyprus. His book “Libraries cooperation. A systems approach” was published in 2008

Please Join the Discussion and contribute your own Ideas!